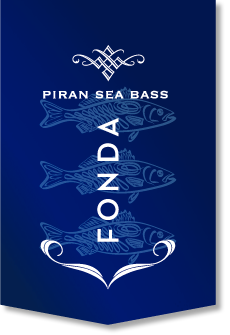 The Fonda family possesses several centuries old roots in the region of the city of Piran. Throughout the generations, the family's existence has always been strongly intertwined with the sea and land. Ugo devoted his entire life to researching the sea; the unconditional love that he had for it is shared by his offspring, Lean and Irena Fonda. The three biologists started a company together, investing in it their extensive knowledge of marine biology and nutrition, as well as a decade of experience acquired at sea. Their love for the sea and dedication to excellence represent the guidelines of the work and development of the company.

Ugo Fonda held a BA in biology and was an internationally renowned expert of marine biology, possessing rich experience from the Mediterranean Sea and the Atlantic Ocean. He was deemed one of the top experts on the Slovenian sea. He was professionally involved in scuba diving and underwater work under extreme conditions. Ever since childhood, Ugo Fonda was a fan of the sea and the underwater world, particularly fish. 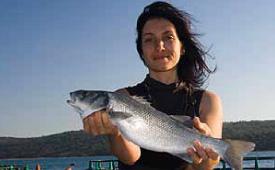 Irena Fonda is a molecular biologist and recipient of numerous awards for research achievements. She received her PhD in the area of use of molecular biology in oncology. When the Fonda family fish farm was established, Irena joined her father and brother due to her affiliation with the sea. She manages the company, at the same time working on international research projects involving the area of marine biology.

Lean Fonda holds a BA in biology and is a professional scuba diver, continuing the family tradition in the fields of scuba diving and marine biology. He has managed a number of extremely demanding underwater work projects in Slovenia and abroad. He is also the President of the Marine Fish Farmers Cooperative from Seča. Infected with the sea and the underwater world from an early age, he is an expert in Adriatic fish, ranking as one of our best underwater fishers. He enthusiastically supported his father's idea of establishing a family marine fish farm.