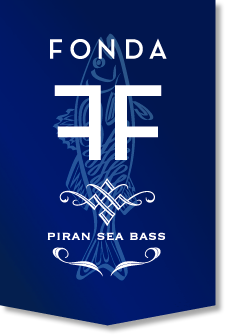 Researching the biological and ecological characteristics and seasonal dynamics of several economically significant species of fish at the Fonda fish farm in the Portorož fishing preserve
od 1.10.2010 do 30.9.2013

The Fonda fish farm is involved in researching the biological and ecological characteristics and seasonal dynamics of several economically significant species of fish in the Portorož fishing preserve. The research, unrelated to fishing, is set to take place from 1 October 2010 to 30 September 2013. The research is being conducted as part of Target Research Programmes and is financed by the Slovenian Research Agency and the Ministry of Agriculture, Forestry and Food; the operator is the Fisheries Research Institute of Slovenia in cooperation with the Marine Biology Station Piran. Polona Pengal is head of project implementation and Dr. Irena Fonda is project manager. The objective of the research is to obtain information on the incidence of specific species of fish in the fishing preserve and to create a model for potential biological monitoring. The choice of sampling areas allows us to investigate the impact of fish farming on wild fish species and, consequently, the impact on local fishing.

There are two sampling areas in the Portorož fishing preserve: the Fonda fish farm and a control area with comparable properties such as water depth and distance from the shore.

Information is gathered using two independent types of field research methods: gillnet fishing and visual census (underwater observation). We use research gillnets (multimesh) in the bottom substrate; they are set before sunset and lifted the following day after sunrise. There are two samplings performed in each season. We identify the species of each fish captured and measure its length and body mass. When it comes to the target species, we also determine the gender and sexual organ maturity of the fish, as well as isolating its stomach to analyse its diet.

Due to poor visibility in the bottom substrate, visual censuses are only conducted when the visibility is acceptable.